Winds, 5-10 from the southwest turning west.  Seas less than 2 ft building to 2-3.  That was the forecast that I assembled from several sources before we left Green Turtle Marina on the Anclote River in Tarpon Springs on Wednesday at noon. Crew - Neil and Austin comprised our crew on this leg.....Onward!

We left on a high tide which was definitively beneficial as we found our boat (4'11" draft) sat in the mud at low tide at the marina.  It wasn't bad, but just enough to hold the keel in place!  We made our way down the river to Anclote Key and out into the Gulf.  Our first leg took us almost due north with the anticipation of a broad to beam reach given the wind predictions and research I had done.....but no, winds were quite definitely from the northwest, so we were close-hauled.  Not too bad at 5-10, but still not the ideal for a long trip.  Yes, I suppose we are/have become cruisers when anything less than a downwind sail means its time to stay another day, kick back, and have another "Captain Salty's Anti-grounding Rum"!.........but onward, we needed to make some progress on our trip and things looked OK overall with the weather. We sailed and motor sailed as needed to keep up a 6+ knot average.  With 24 hours planned for the crossing, we had a long day/night ahead of us. 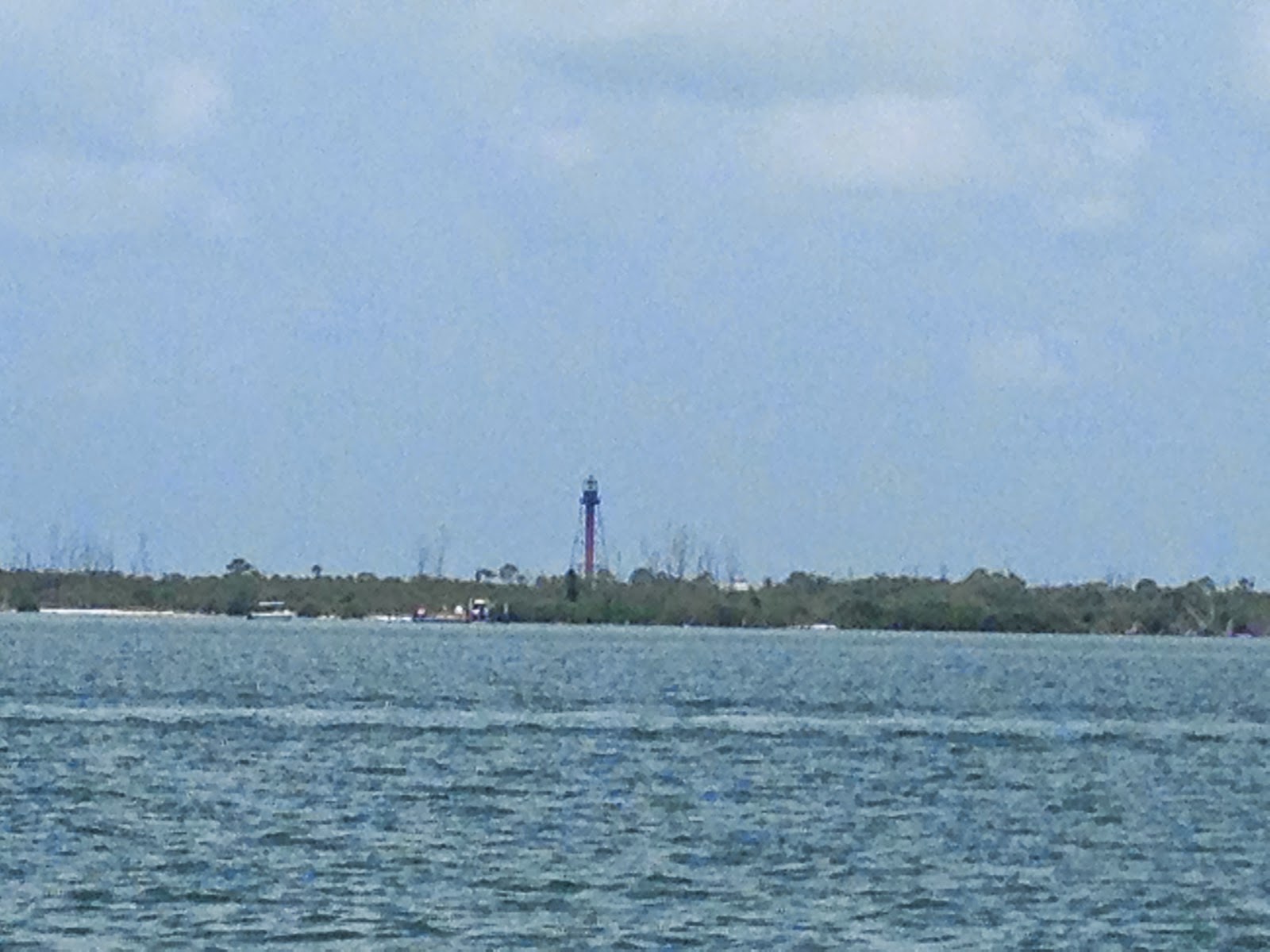 Anclote Key viewed from the Gulf 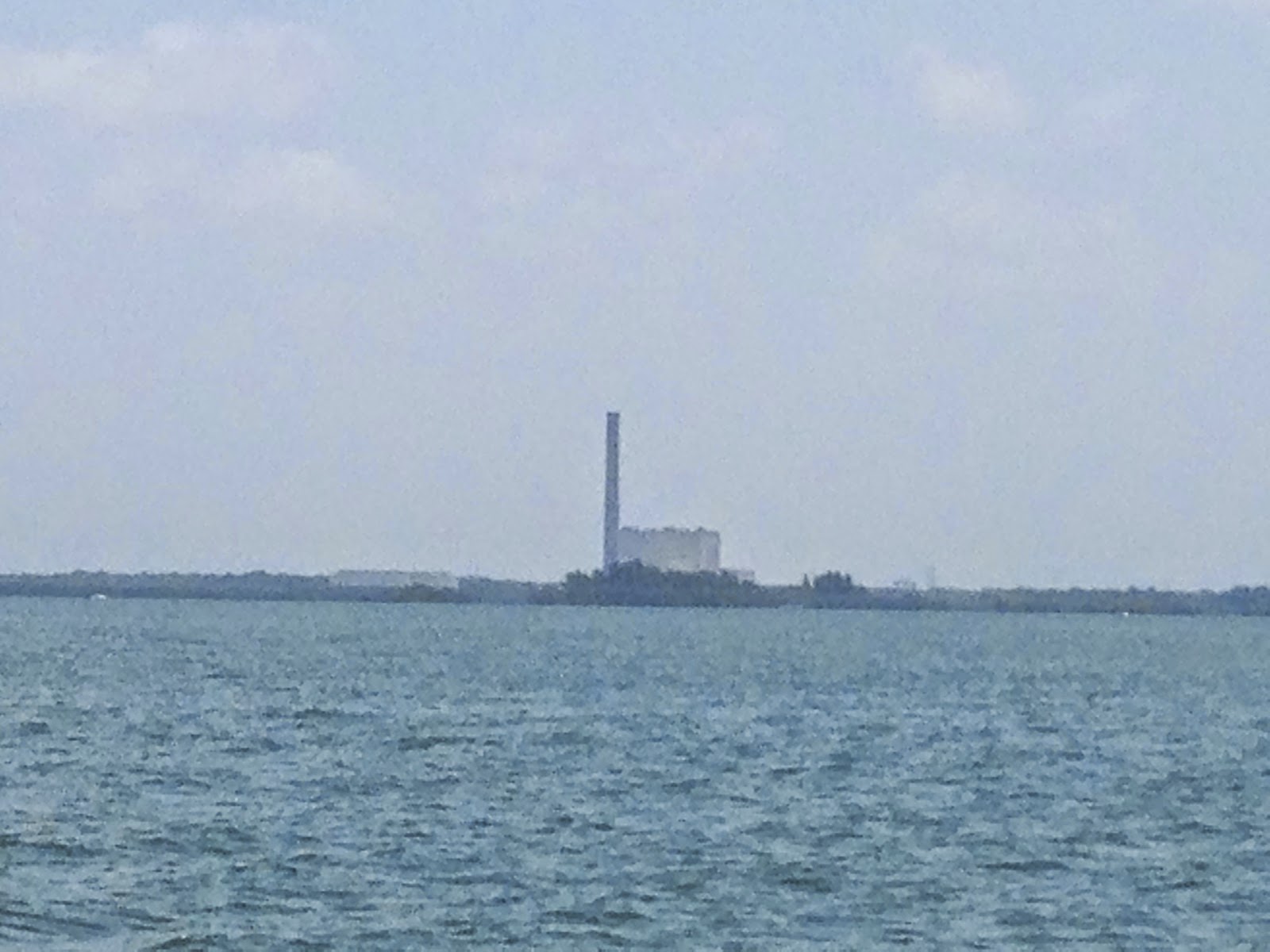 Anclote Power Station - I could not resist!

An hour or so out of Anclote Key and we noticed a lack of boats.  the center console fishing boats were no longer present on the horizon.  In fact, the AIS which has consistently had a range of 25 to 50 miles showed no targets. Not so unusual, but unusual where this last for hours. 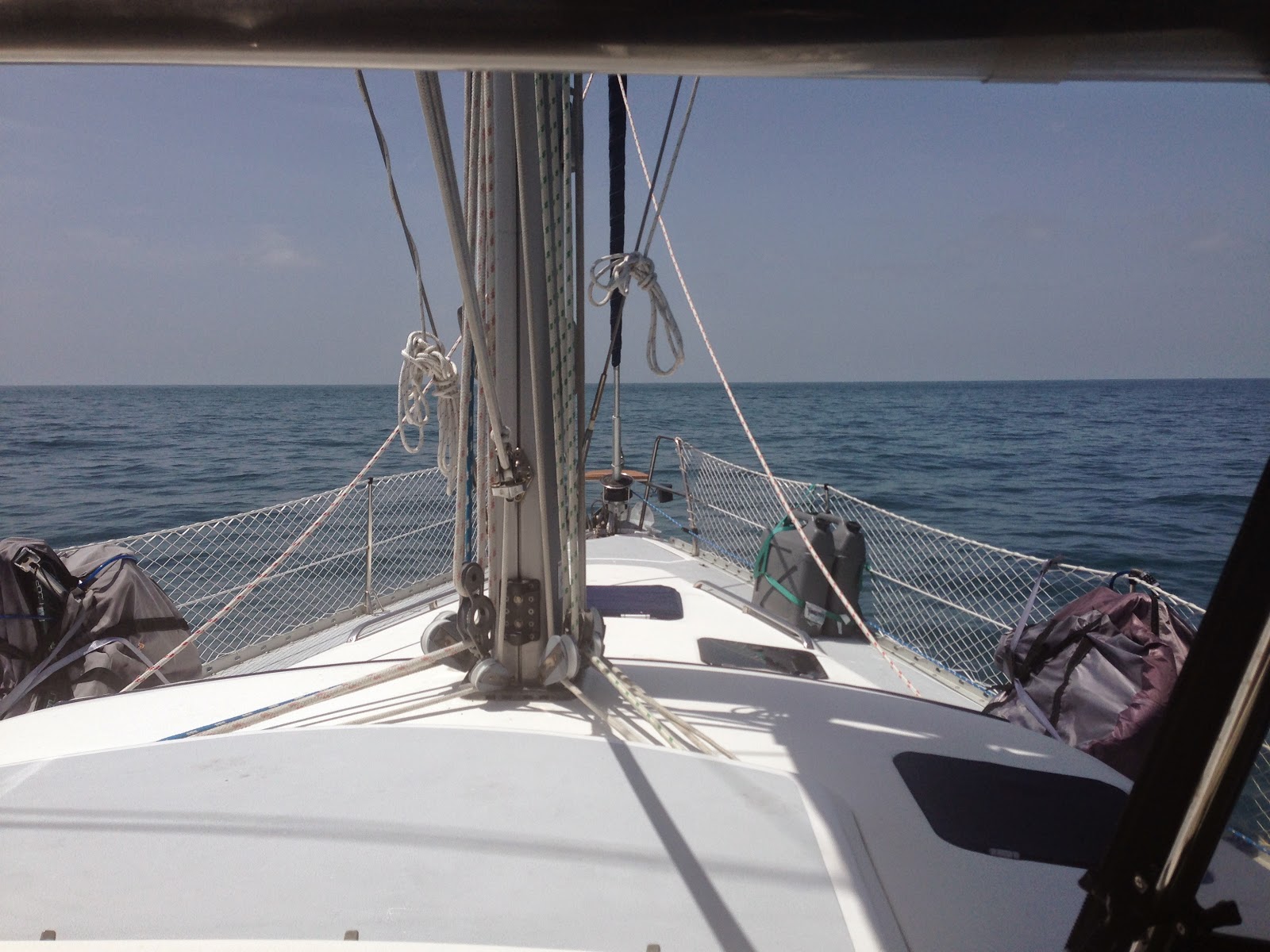 We had noticed that the  boating traffic was gradually reducing up the west coast, and from Key West onward was significantly less than our previous legs.  But this was very quiet.  Almost to the point where I was questioning if the AIS was actually working.  Just before nightfall, we saw a commercial fishing boat appear on the horizon.  With outriggers out, it looked quite large.  But that was the only sighting we had either visually or on AIS until we reached Dog Island.  This just confirmed and reinforced how remote the Big Bend area of Florida really is.  In fact, it seemed more remote here than any area of the Bahamas we had sailed in due to the lack of other boats and cruisers.

Back to the weather - late in the day, the winds did start to clock around  actually anti-clockwise to blow from the west, but that was about at the point where we turned our course to the northwest to make for Dog Island...........so once again, we were close hauled.  I actually decided to turn earlier than our planned route to avoid having the wind on our nose.  This worked quite well and we were able to sail as the winds picked up, but again close hauled.  Between 2 am and 5 am the winds picked up to 20......not per forecast! and started to clock around towards northwest.  So we furled the jib at around 3 am and motor-sailed with main only.  The seas picked up also, but it was totally dark.  An awesome sky with no light pollution revealed the streaks of the milky way, but no moon was visible.  We sailed on into the dark.  It soon became apparent why some sailors sleep while sailing - not that you are supposed to do, or not that I would condone it or recommend......but to be honest, there was nothing that could be seen - and I mean absolutely nothing!  I suppose a boat with lights would be very visible, but aside from that, there was not a lot of point in looking for anything.  Nothing on the AIS, nothing on radar, no lights on the horizon.  Austin and I took watches, and he slept between.  I really did not sleep - other than a reported couple of  "eyes closed" at the helm.

After sun-up, I gave Austin the helm and did lie down in the cockpit for about a half hour, then I took over again, and he hit the bunk for a few hours.  I saw a couple of thunder storms in the distance ahead of us, but it was hard to guess how far away, as the lightening was high altitude sheet  lightening.  I just hoped they would dissipate or move out before we reached them......and thankfully they did. The winds subsided as did the sea.  The sea had been about 2-3, or perhaps a little more, but it was hard to see.  What was noticeable and remarkable was the waves were at a very short period making it very lumpy, and every several minutes we seemed to hit a compound wave that the boat slapped through.  I wish I had a photo of the bough braking through waves - with the red and green navigation lights on, it lit the spray in a surreal red and green. The colors were so vivid; I am not sure if this was just due to the complete lack of background light, or if the sea was charged with efflorescence as I have seen on occasion at Cape San Blas.  I suspect it was the latter.

About 10 miles out we spotted land - Dog Island and the end of St. George Island. 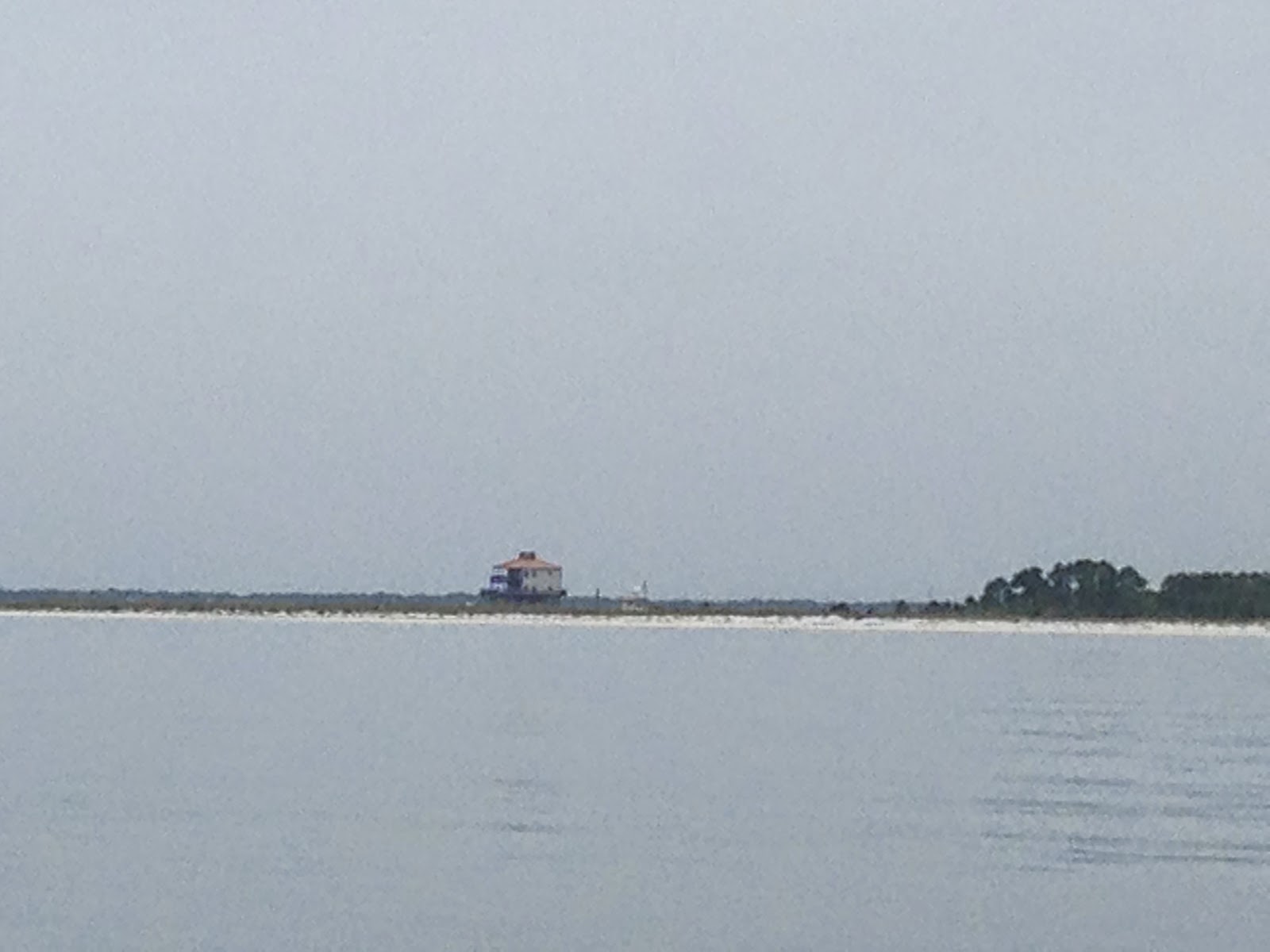 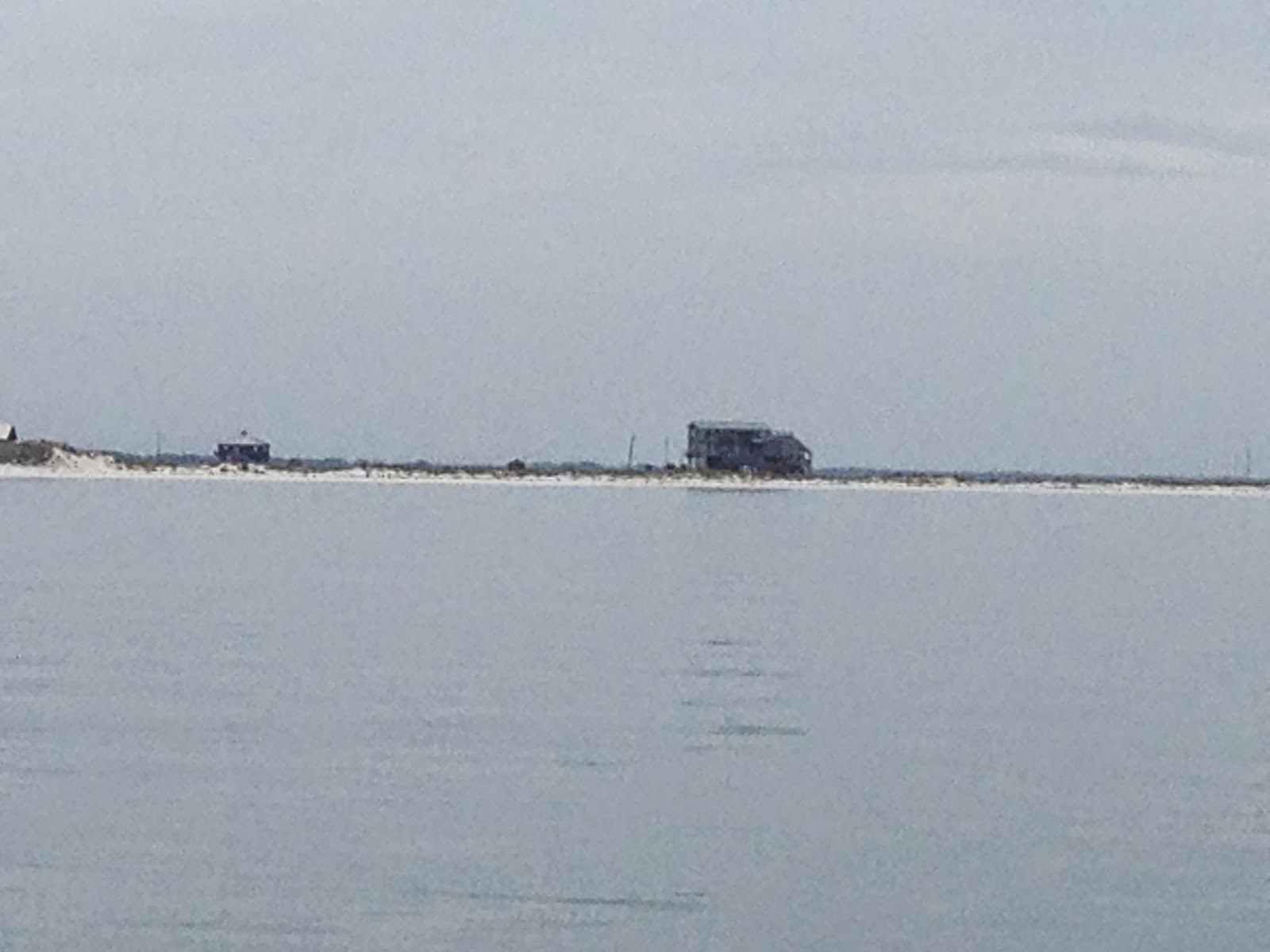 I am still amazed at the wonder of modern electronics.  I had programmed our course using GPS and sure enough, we were arriving at the channel entry buoy, just as planned -155 miles from our starting point.

Somehow this phenomenon, this wonder of modern science, just had this impact on a tired 15 year old. 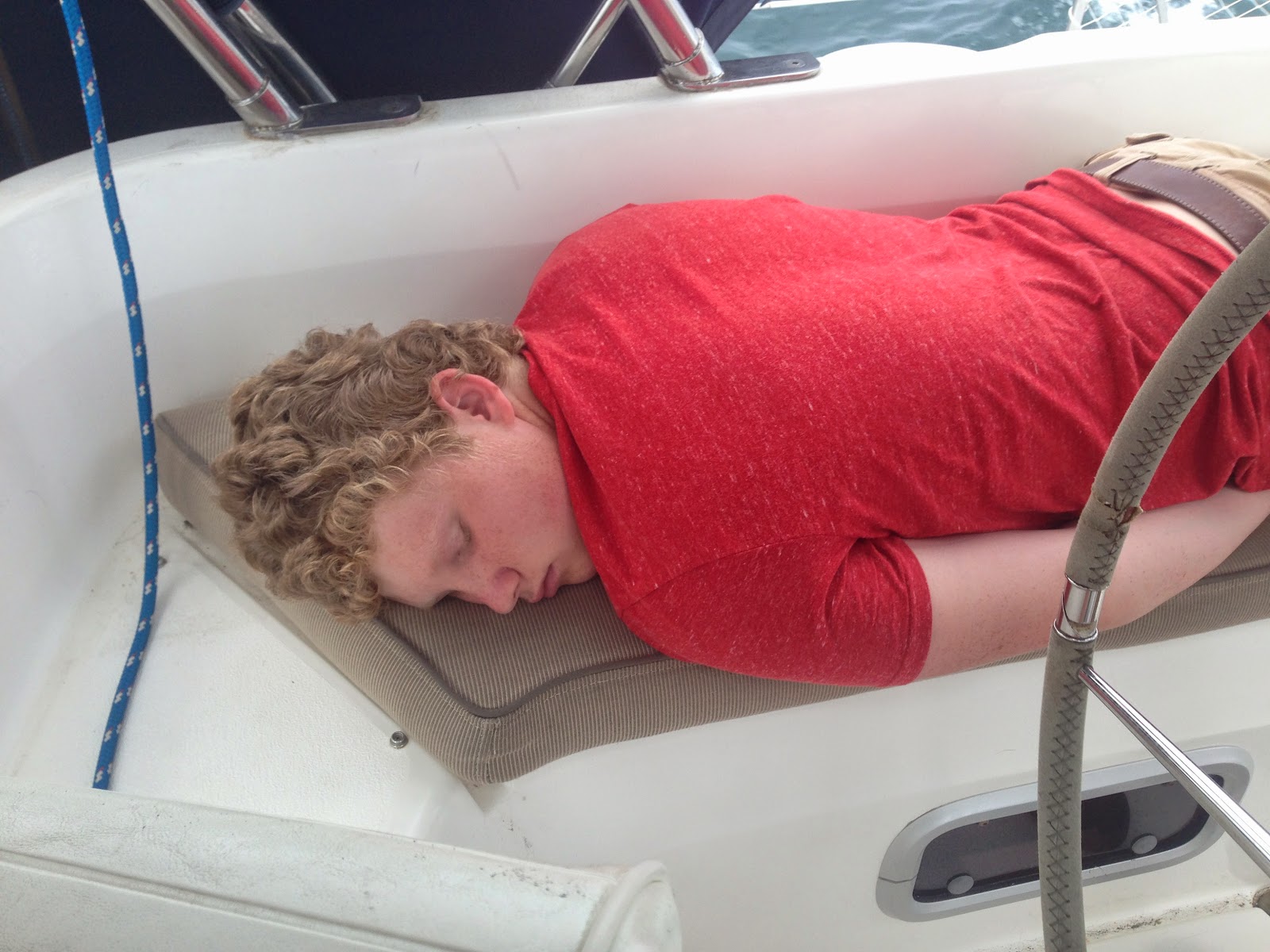 By noon, about as planned, we were docking at the The Carrabelle Moorings - for anyone familiar with "The Moorings".....it isn't.  The slips are old, but the people are friendly, the marina is clean, and great showers (any shower is great after 24 hours, but a clean one is awesome!), we had a good basic dinner at "The Fisherman's Wife".....and slept.

Uses for an Old Toothbrush 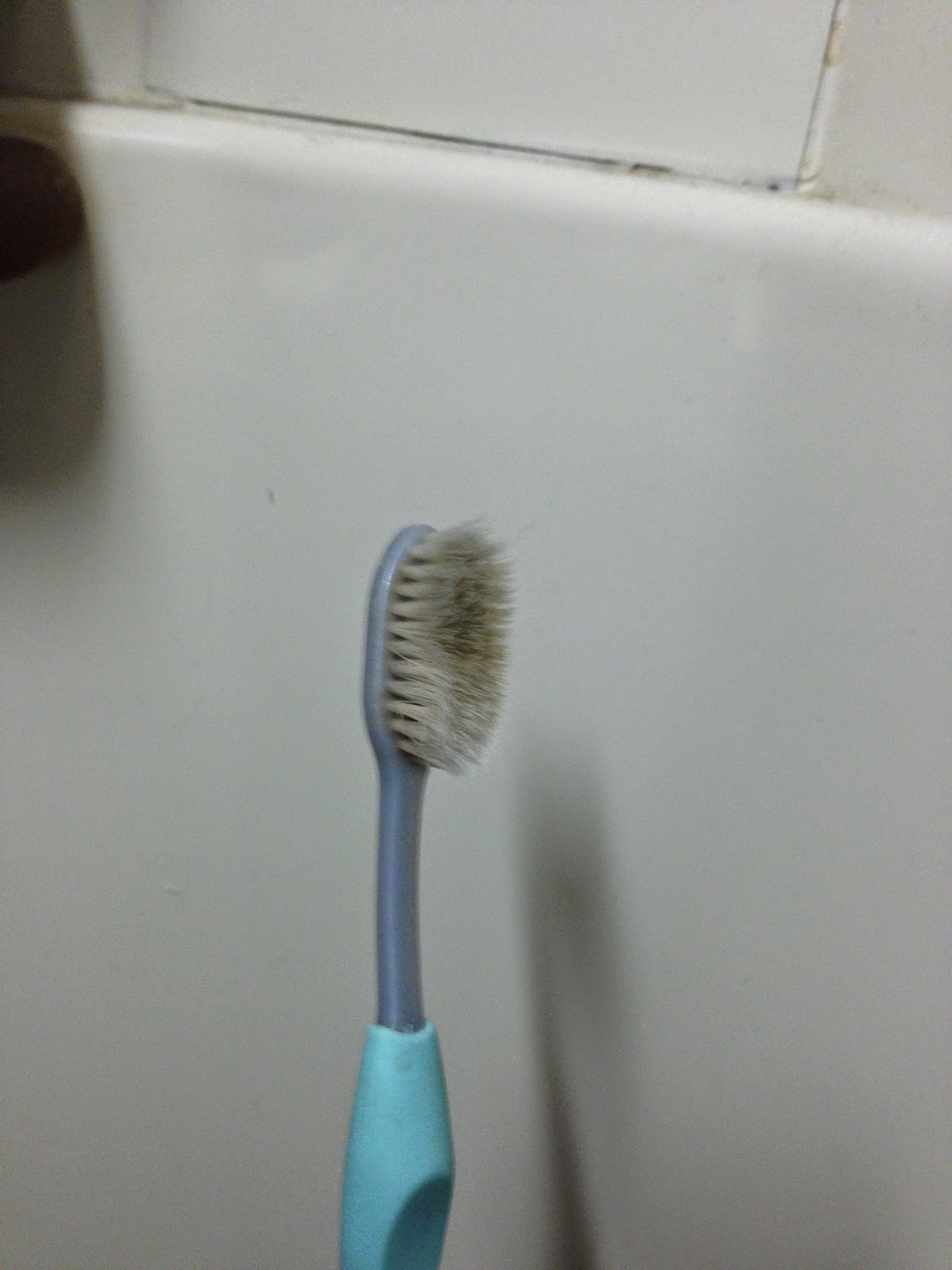 Really??  ....yes really I can hear you saying it.  What the heck is this doing on a Sailing/travel Blog??.....well read on.  I will keep it brief and hope that you will chuckle along with us in the spirit this post is intended.

Well - we found that the strainer on our water cooled air conditioning units tend to foul up at an exponentially quicker rate now water water temperatures in the Gulf are increasing.  To compound that, we are presently moored in the Anclote River which is very silty........well that's a polite way of describing it.  Water quality does not seem "pristine".  So the old tooth brush has been used several times for cleaning out the strainer......in fact last time, I had to use a screwdriver to break up encrusted barnacles that had actually found their way into the strainer basket.  And that's not to mention the black "silt"/gue that had clogged the stainless strainer.  The tooth brush worked great.

The engine intake and generator also have strainers.....so given the success of my cleaning,
I also tackled those....all with the old toothbrush.  I didn't give it a thought, when finished other than to rinse it and put it on the Nav station for the next time it was needed....the old toothbrush still had some life left in it.

We seem to have slowed down quite dramatically.  We were making good progress but we have been in the Tampa area for much longer than we anticipated or planned.  A couple of people have emailed me asking "what happened to the blog" - well quite simply, since the emphasis has been on sailing and travel, I have not  updated it is a little while as we have not made a lot of progress.

Our progress was slowed in part by some personal/family commitments and work-related items.  We had Hannah's graduation, and a couple of work trips.  Congratulations Hannah! 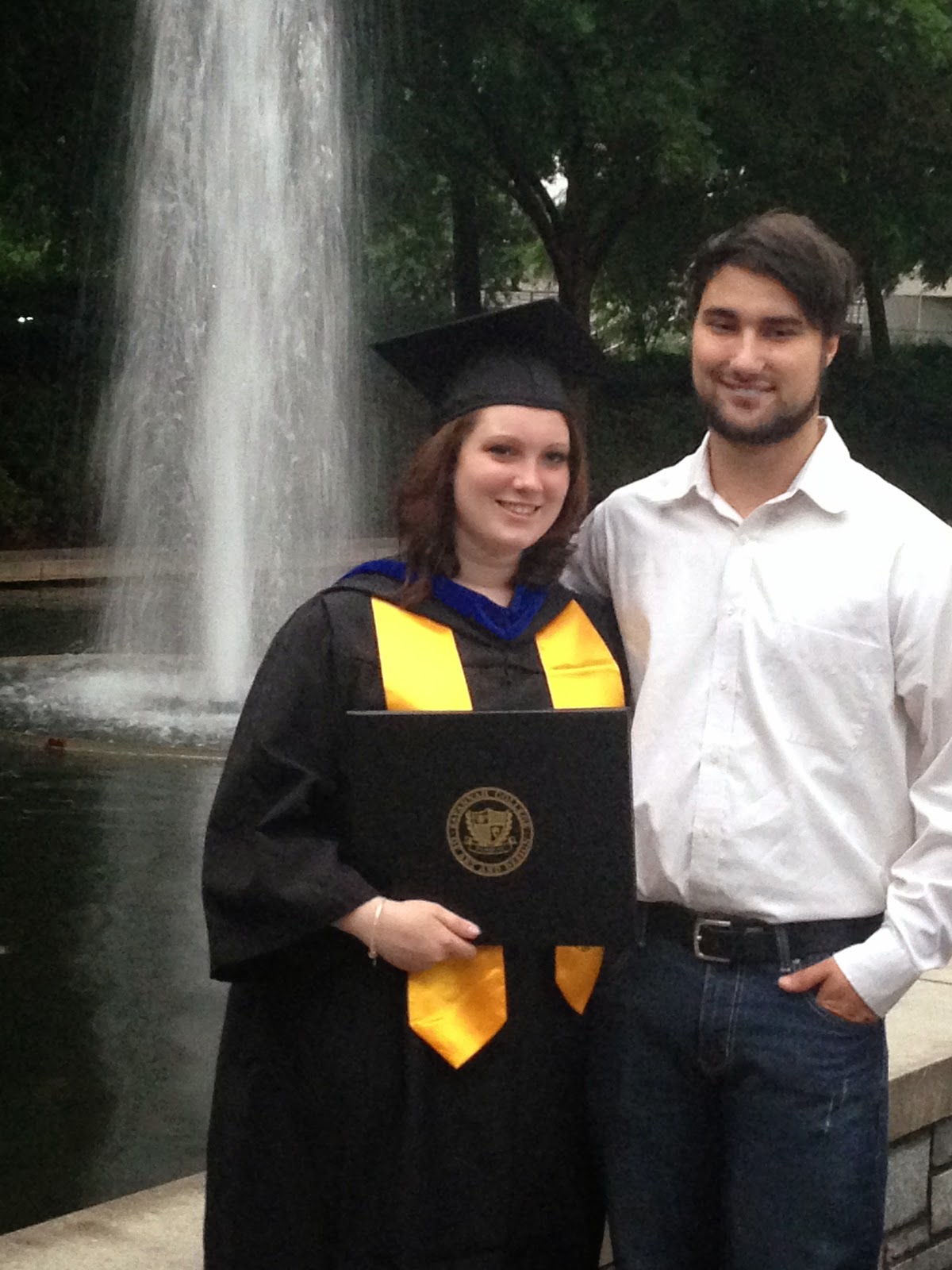 And in the time intervals between, the weather just did not look ideal for our next leg.  We are at a point in Florida where our next leg will take us across Big Bend.  The area north of us has few marinas and the depths are very shallow, meaning we have to make a run for Carrabelle or Port St. Joe.  Both are beyond the range of a day sail at 160 miles + so we will have to sail overnight.  Hence, we want the best conditions possible.

But Tarpon Springs is definitely worth a mention and worth a visit for anyone in the area.  I was surprised to see what is essentially a "Greek Settlement" in the middle of Florida!  I had never been here before, so it was a great surprise - but a pleasant one as I love Greek food. 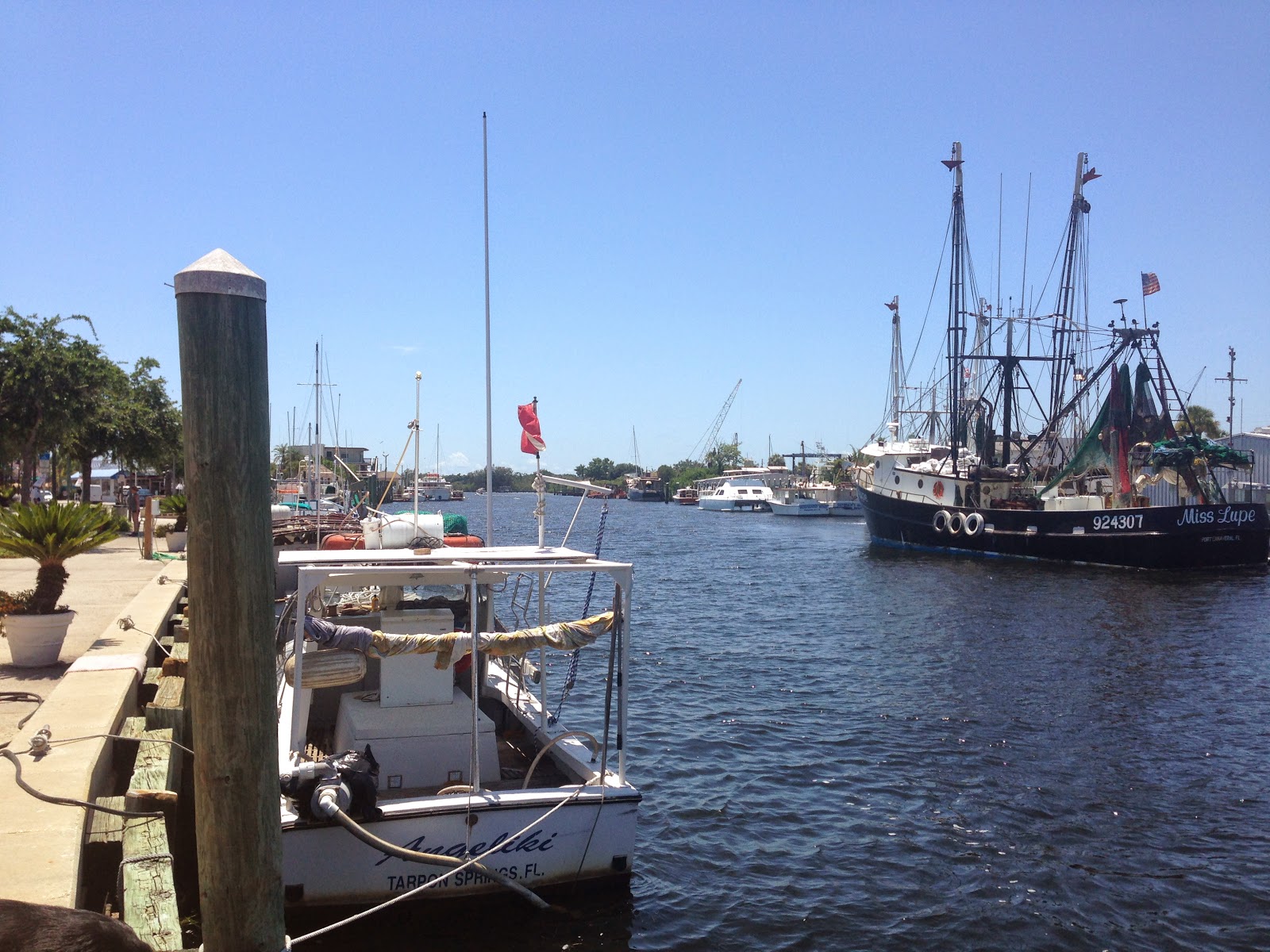 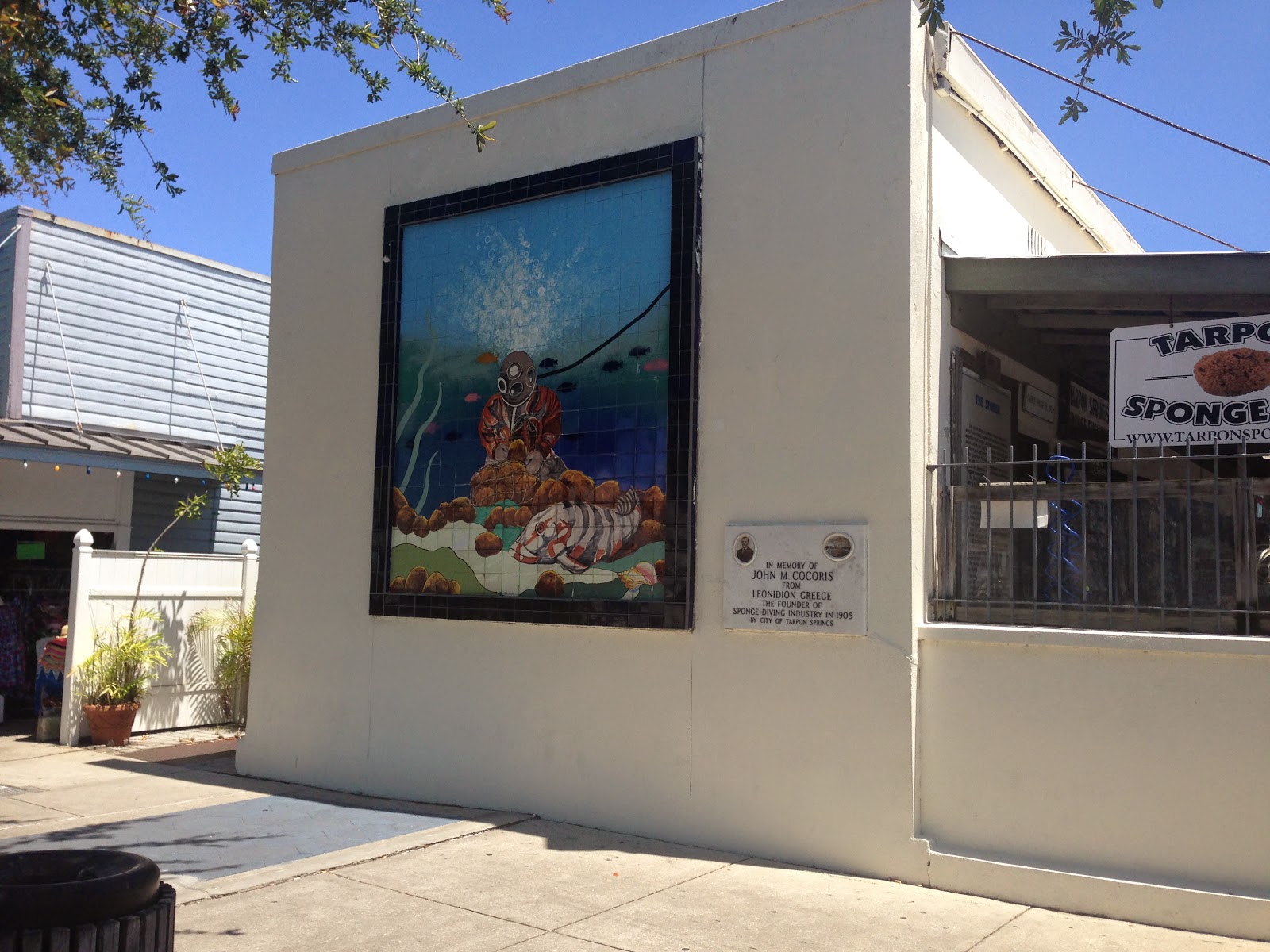 The local industries here are: sponges; fishing and of course tourism.  The snowbirds have gone and their summer season is starting.

The town is about 3 miles inland up the Anclote River.  When we came in, it was about mid tide and we didn't have any trouble - but it was getting very shallow and narrow as we approached the Marina.  We found a very nice, brand new marina that is very sheltered.  I don't think we can move at low tide....in fact on a very low tide, the floating finger pier seemed to be held up by the boat........not a good sign!  However, that was on a very low tide and we seem to stay completely afloat on normal tides.

It has been very hot in the day - thank goodness we are at a marina with power hook-up so we can run air conditioning.  The warmer waters are having an affect on things through.  I need to clean the A/C water strainer every few days as there's a lot or silt and barnacles building up inside the strainer.  The first time i did it i had to remove barnacles with a screwdriver. 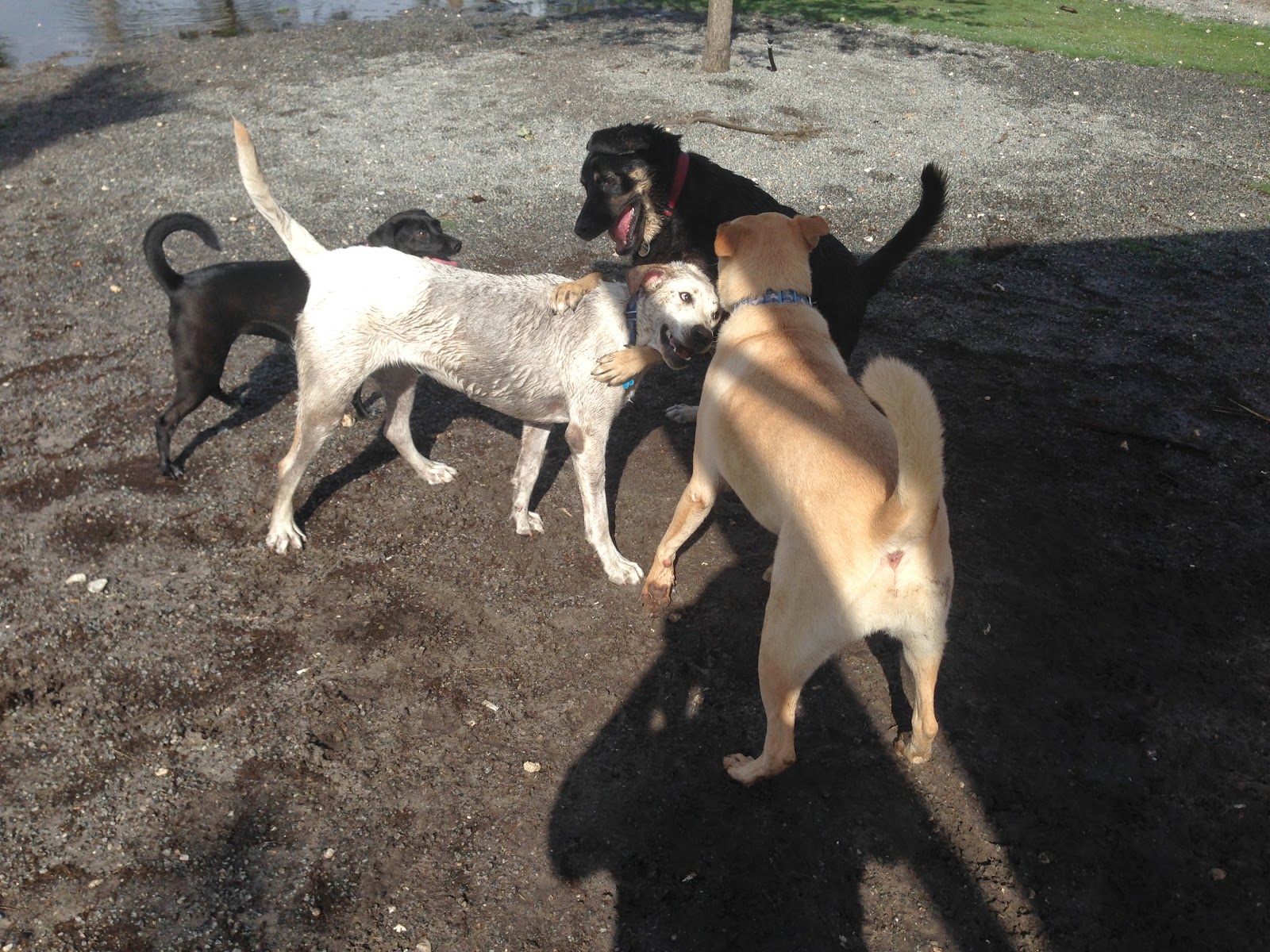 Salty found a dog park and had a blast with other dogs......but you see the black sand.....and that was an almost white lab?....Hmmmmm not the place to go after a rain storm! 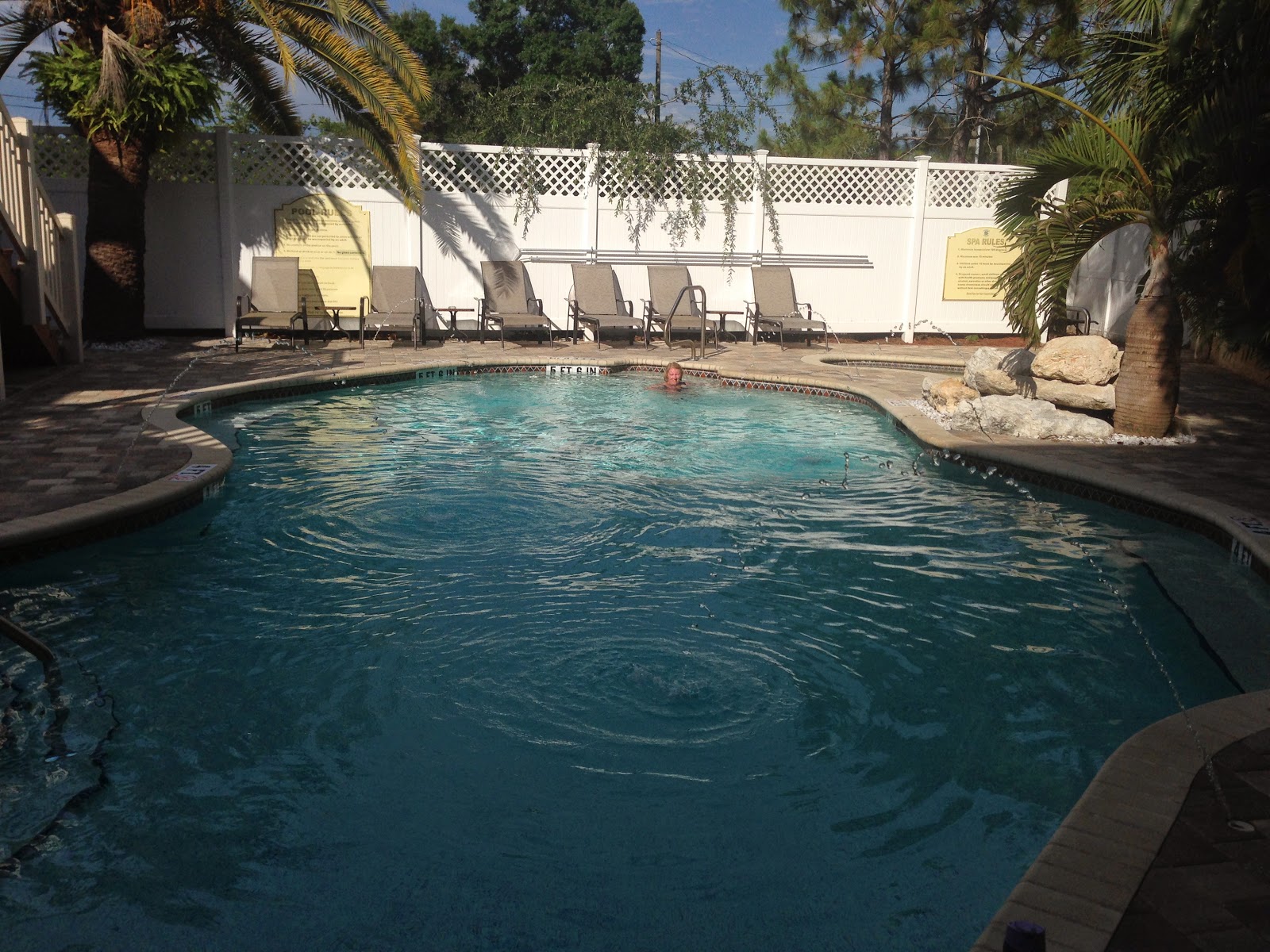 Thankfully the marina has a nice pool and clubhouse.....also a Tiki bar.  Come to think about it, what more could you want?  Maybe I have just given myself another explanation as to why we seem to have "stalled" in this area.

Actually, we do have one regret - we wished we had stayed in the Bahamas a little longer.  We were concerned about returning before the start of Hurricane season, but we now wish we had stayed a couple more weeks.  Still - its been a wonderful trip so far. 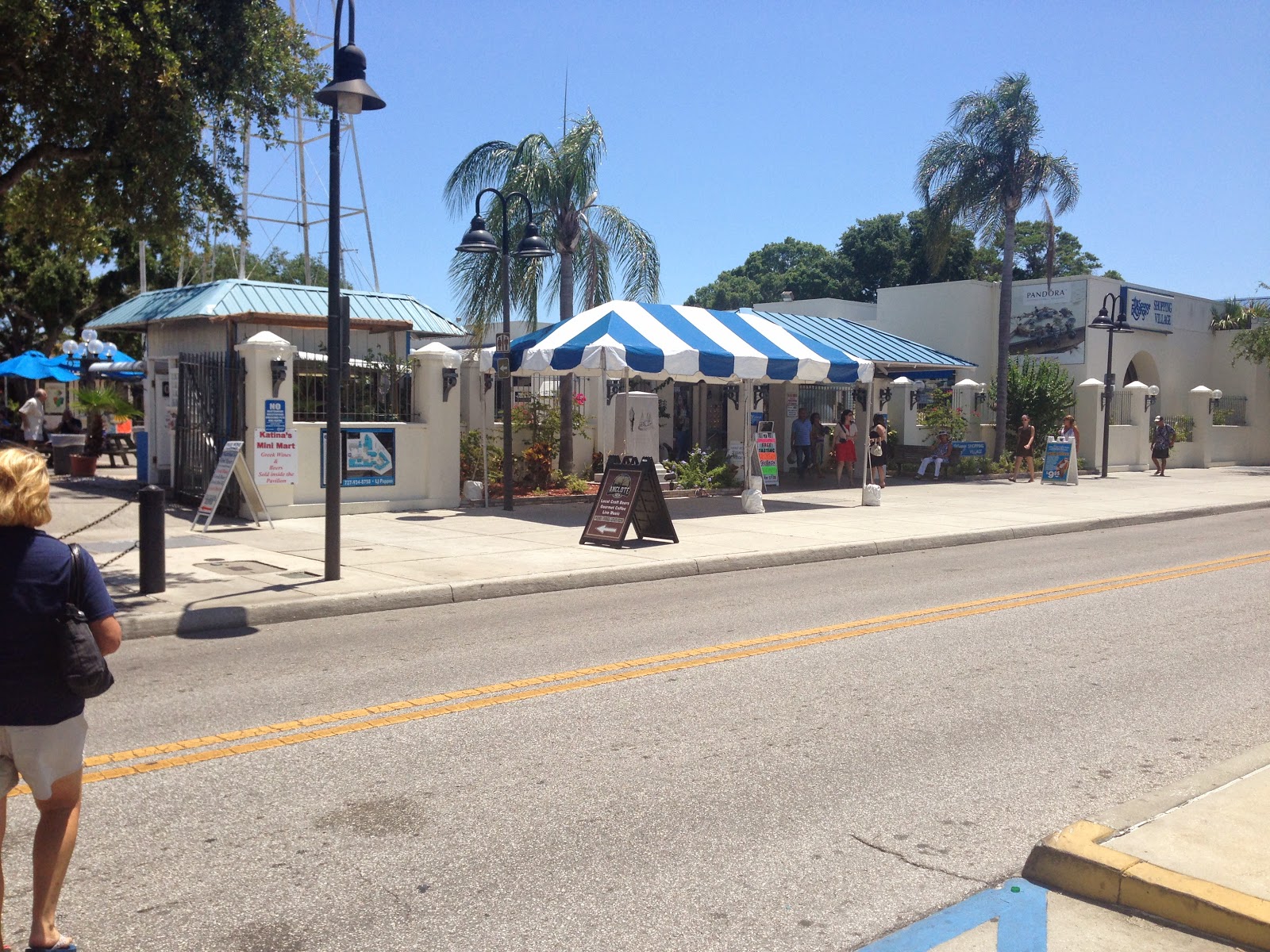 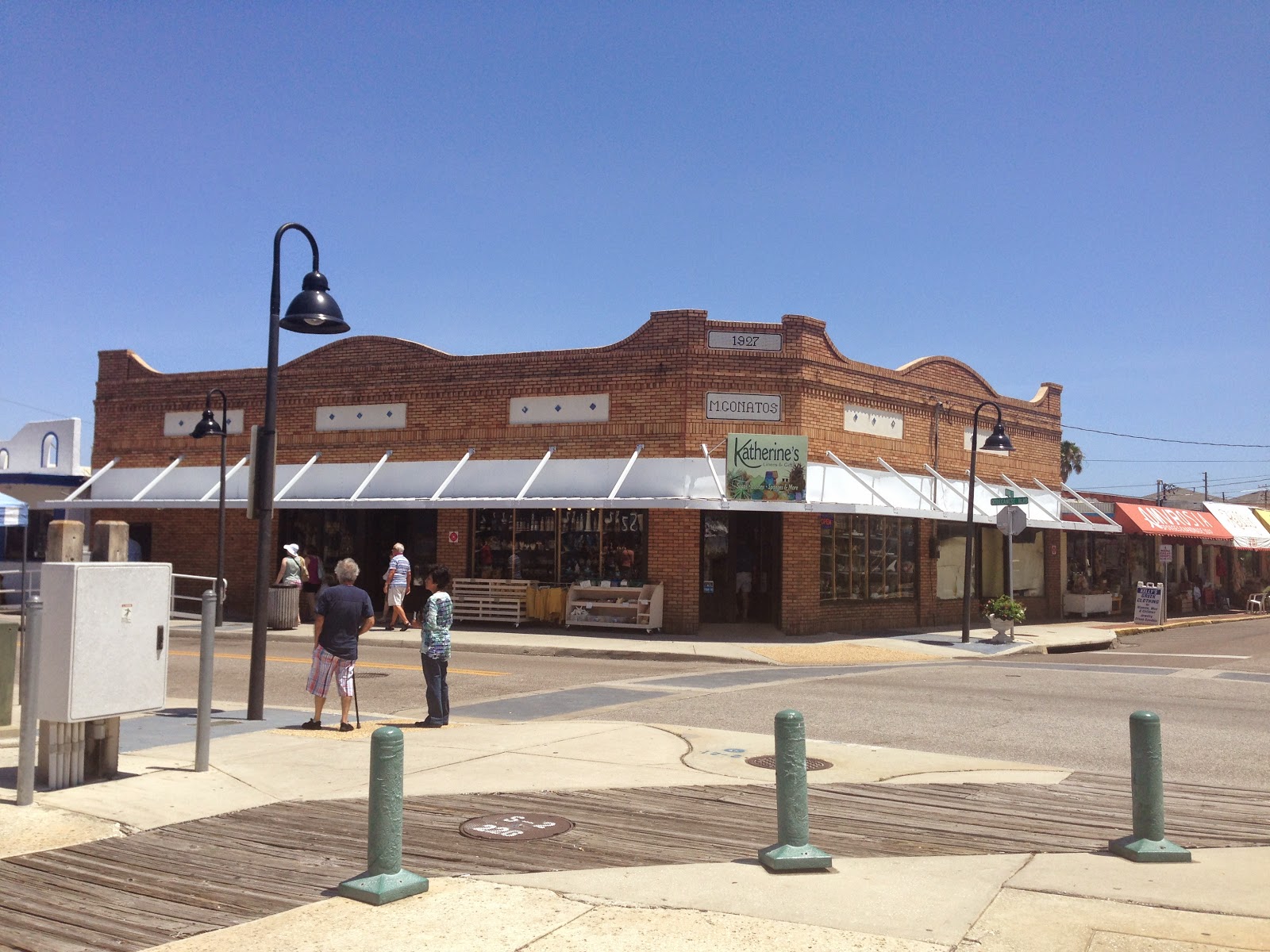