Final Legs of this Cruise

Friends - it has been quite a while since I updated our blog.  I have had several emails asking me "where are you now....and what's next".  I guess to be honest, it has been difficult to get motivated to update this part of the blog as it represents the last legs of this cruise.

After leaving Port St. Joe, we were starting to face the reality that we could be reaching the end point of this cruise.  We actually had a "Plan A" and "Plan B": A-being that we removed the mast from the boat in Mobile and headed up the Tennessee River system to Chattanooga; B being that we stopped somewhere between PSJ and Mobile, finding a "safe harbor" for the boat and heading back to Chattanooga to be land lubbers.  After some considerable contemplation, neither A or B seemed like what we really wanted to do, but we kept moving slowly towards Mobile.

From PSJ, we went to St. Andrews near Panama City.  St. Andrews seemed more appealing than Panama City as it was a little older and quainter and didn't seem to have the tourists.  We enjoyed our stay there and were there for a couple of weeks.  We met great people in the municipal marina - but that has been a common to all of our stops. There were also some nice restaurants and bars.....and we met the couple that runs the local "Fred Astaire Dance Studio".  We had a great night out with them....despite my two very left feet.  I stood on the toes of some amazing lady dancers and likely unknowingly ruined their dance careers. 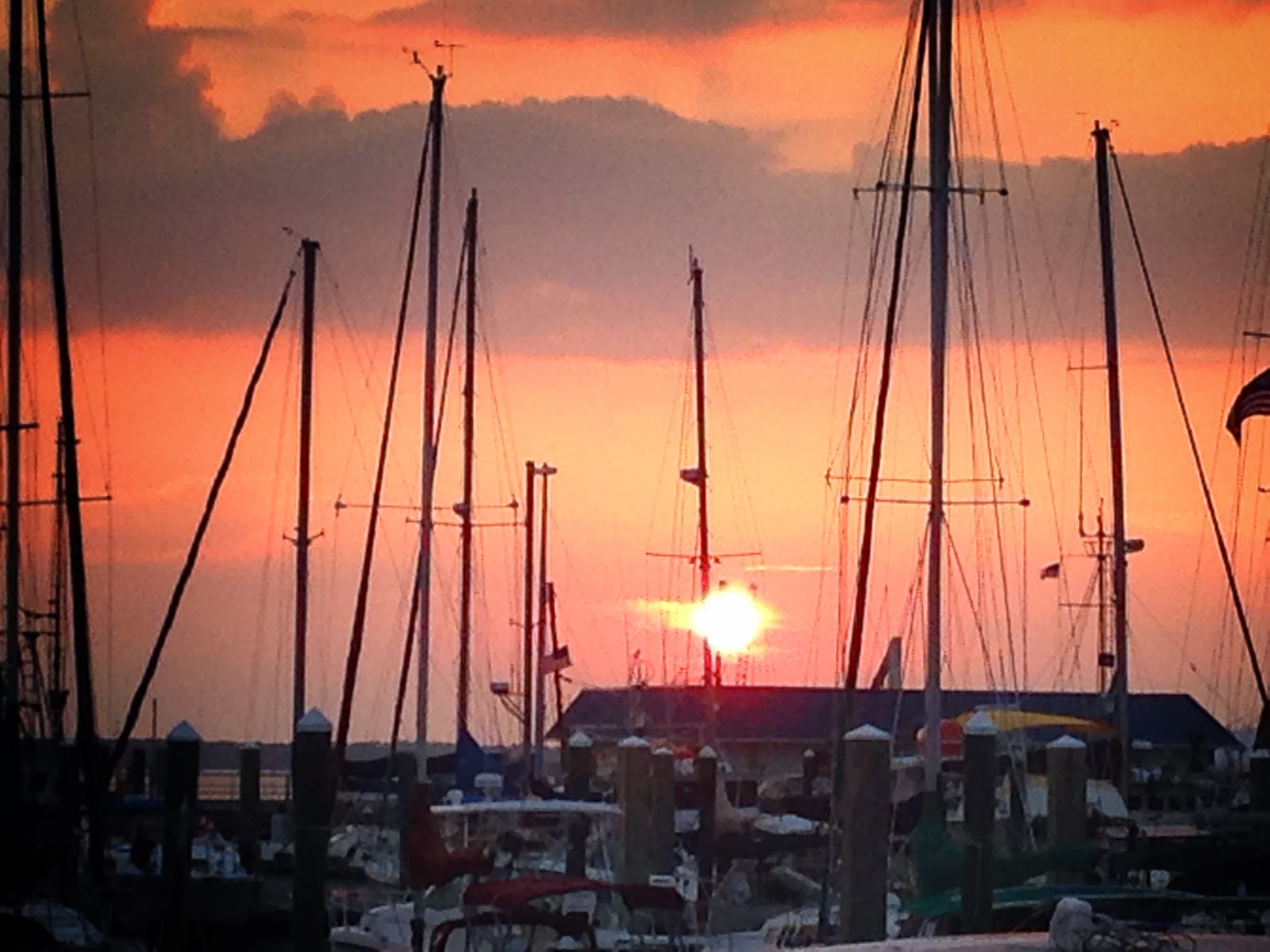 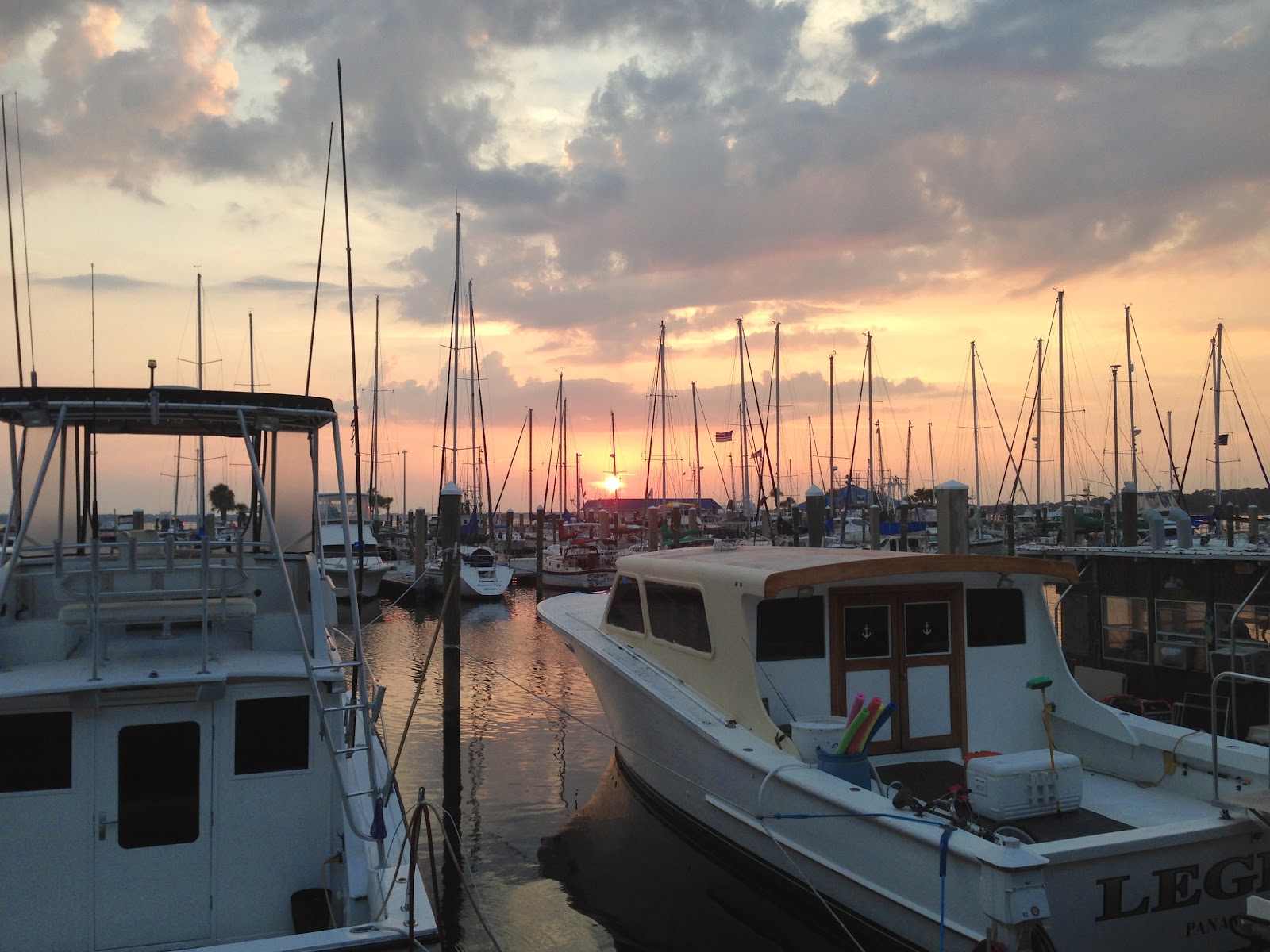 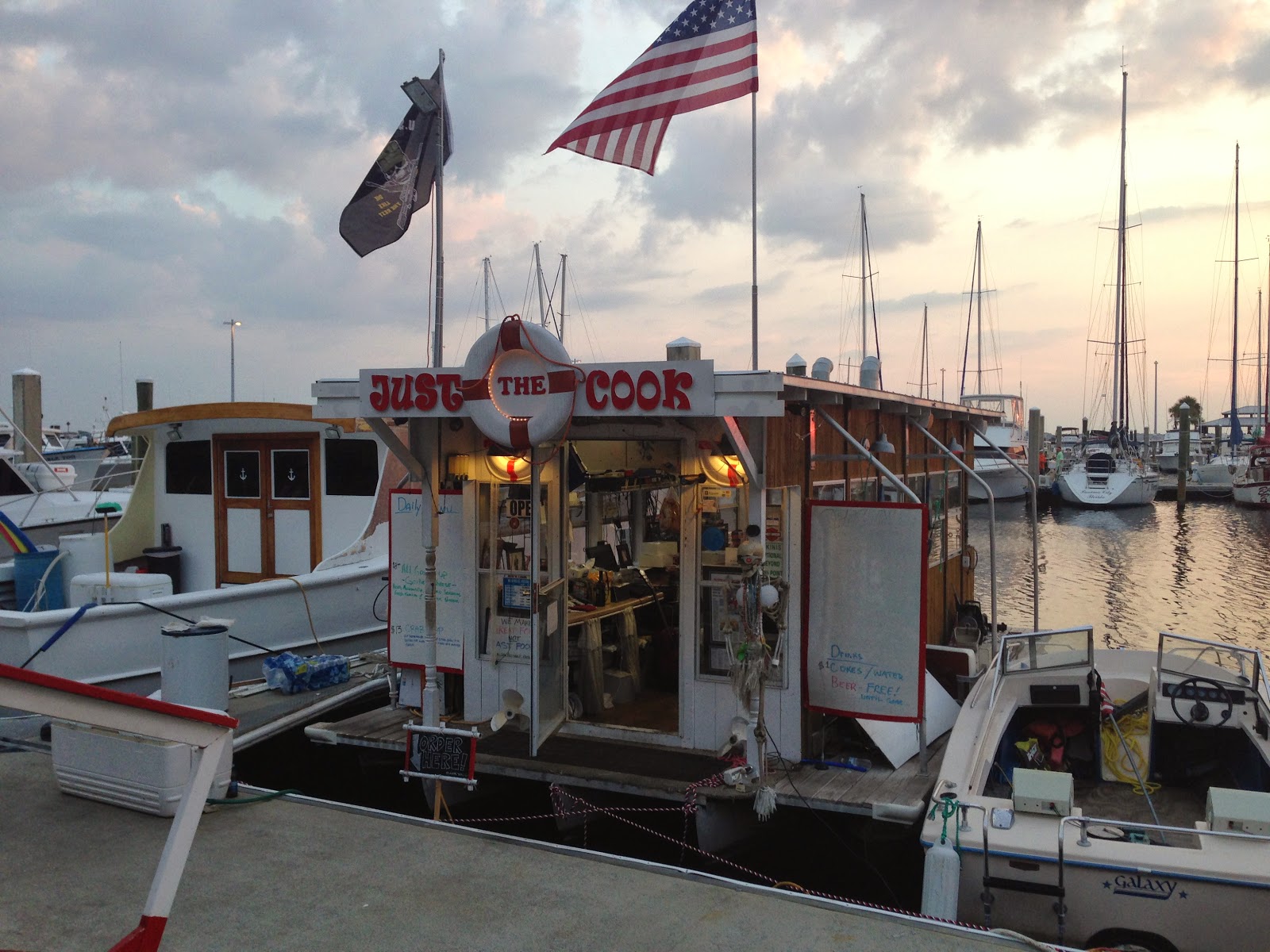 St. Andrews
From St. Andrews, we ventured onwards west to Destin.  Due to bridge heights we were not able to go up the Intracoastal﻿ Waterway, and went on the outside  via the gulf.  We also found very little information on the anchorage or slips in Destin harbor through the usual sources of information.  So I posted a message on Cruiser's Forum and got some good information and suggestions.
As we approached Destin, I knew from past motor boat experience that the pass can be a bit tricky, shallow, and crowded.  So I called the local Boat US captain for some local information.  He was kind enough to meet us at the sea buoy and guide us in through the deeper water.  It was very crowded with many small boats and sea-gnats (aka jet skis).  We found a slip at a restaurant called Beauchamps....not really a marina, more of a restaurant that found they could charge a pretty steep rate for their slips.  While in Destin, were able to meet up with good friends Whit and Maureen from Kennesaw.  Destin was a good stop over for a couple of nights, but after being in the crowds for that time, I was ready to leave.  From Destin it was a straightforward shot to Pensacola via the gulf. 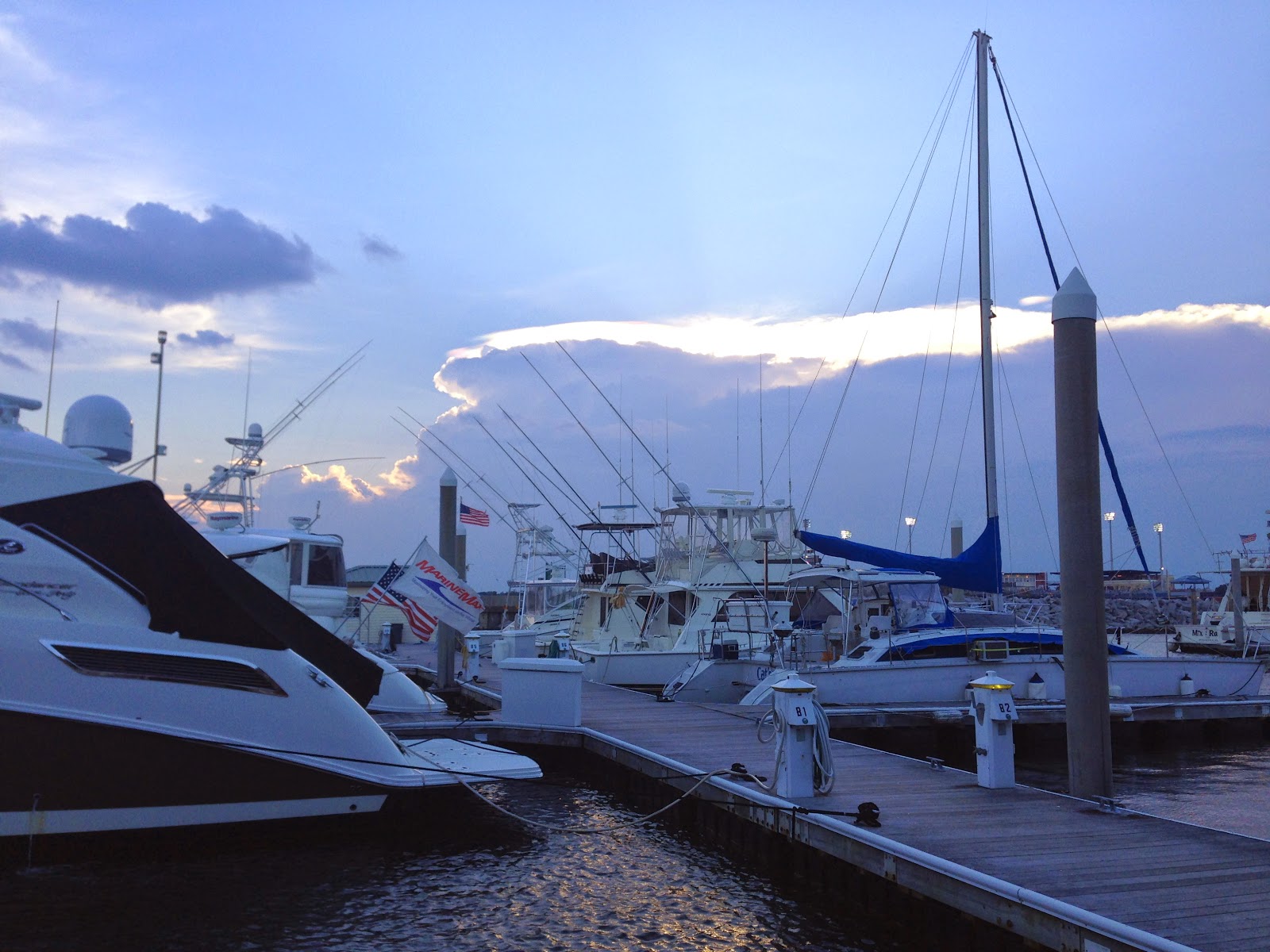 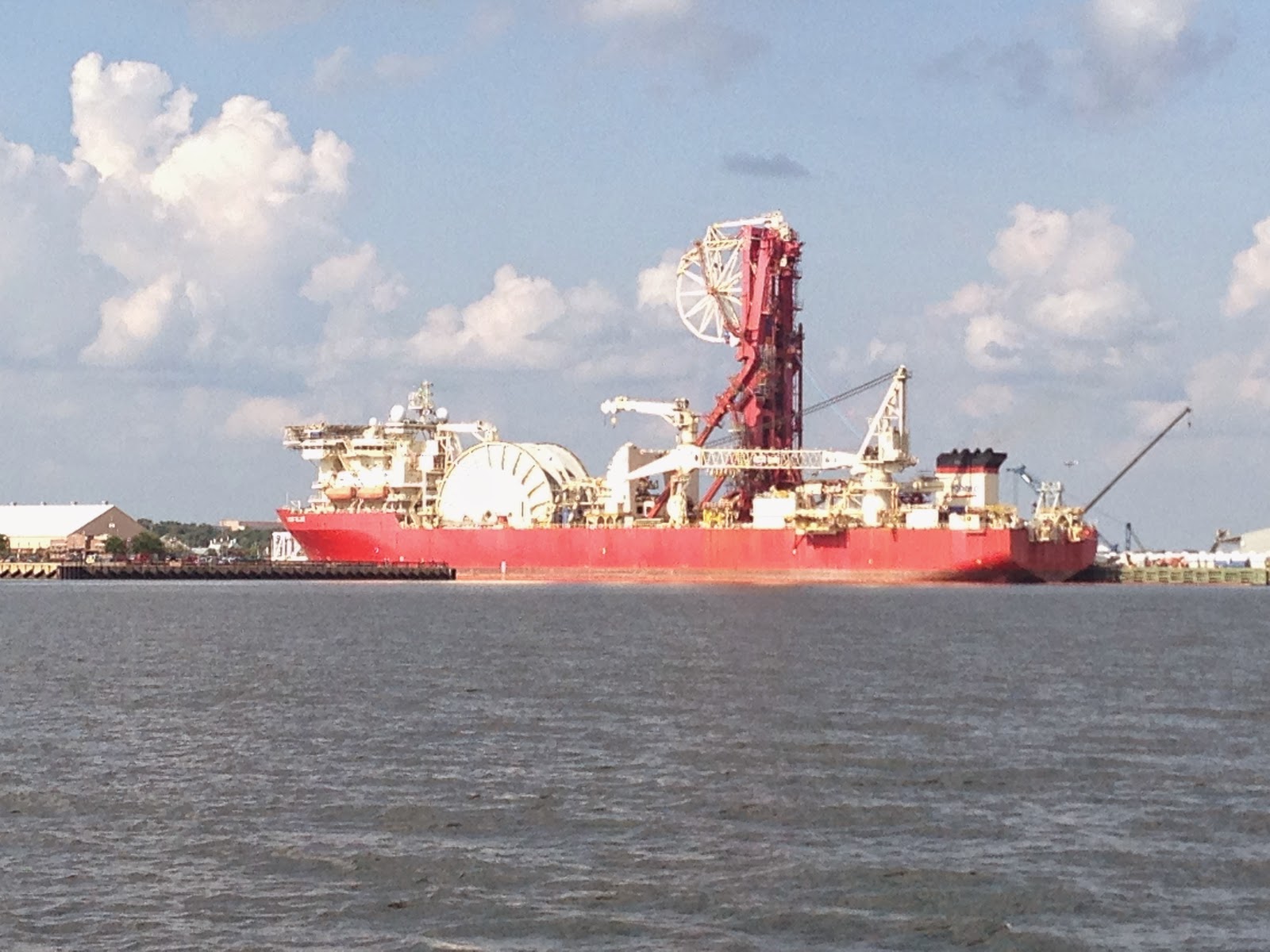 ﻿
Pipe and Cable laying ship "Deep Blue" in
Port of Pensacola
After a short while in Pensacola "Plan C" emerged.  Recall, I mentioned Plan A and Plan B at the start of this post.  Well Plan C is to stay with the boat in Pensacola and call this the end point of this cruise.
That happened in August and as it turns out, Plan C seems to be emerging to be a good one for right now.  I have been putting off ﻿writing this post to be honest.  While Plan C is turning out to be a great Plan and Pensacola is a wonderful place to be, ending Cruise #1 was and is  a sad event.  It also marked a return to full-time work; and while I love my work, the company, and the people I work with........ I have confirmed that the salt is now in my veins and the water's calling is something that can and will take over from my career.
While the cruise is over, for now, there has been and continues to be some great sailing and adventures in the northwest panhandle.  I will continue to write posts about these until the next cruise.  If you are reading this, I would also welcome any feedback and comments.  Thank you to all those that have emailed.....very much appreciated!
Posted by Neil at 12:57 PM No comments: