Well we made it to Havana and since this was out third visit, we had decided not to make Havana the focus of this trip, but to explore some other areas.  Of course, we could not completely omit Havana and there were indeed still plenty of sights to see in the Havana area. 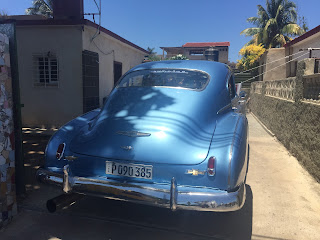 So rather than explore old Havana as we had done on several occasions (see Oct/Nov 2015 and June 2016), we decided that we would limit time in Havana to hearing some traditional music and also taking a look around the Mosaic district which is within walking distance of Marina Hemingway. 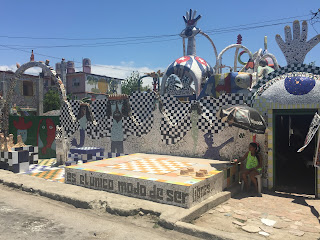 On our visit to the Mosaic district (an area where the homes and streets are decorated with mosaic-type art), we met up with friends and a person that I had been in touch with by email to set up some other side trips.  In fact - two brothers - Adonis and Jonny.  These guys were fantastic and really looked after us in terms of transportation to anywhere we needed to go.

Adonis had arranged for his brother to set us up with transportation for an overnight  trip to the south side of the island.  But first, we took a day and a night off in Havana.  We took a leisurely stroll in the Mosaic district, had a great lunch with local music and that night we visited the Bueno Vista Social Club in Havana.  This is a local "night club" where they play the traditional "big band" music of Havana from the 50s.  We had heard reports that this place was a "tourist trap" but did not really see any evidence of it.  Many of the people in the club seemed to be fairly wealthy Cubans and some european tourists.  The band and singers were very good - some excellent musicians.  The drinks were "tourist reasonable" and the food was basic - definately a place to visit for music and not dining.

To me the highlight of this trip was the road trip we made to the south side of Cuba.  As stated, we had arranged this in advance - well sort of, through our new friends Adonis and Jonny.  We were a bit skeptical about how this would go, but it was fantastic.  We expected a rental car and a hotel reservation, but what we got was a mini-van with driver, tour guide (Jonny) and overnight accommodations in a cuban home - in fact it was Jonny's in-laws.

We had a great time and visited Cienfuegos, Trinidad, the Bay of Pigs, and Zapata National Park - an "eco-park"located near Giron.


On the outward trip we stopped in Cienfuegos for a little sight-seeing and for an excellent lunch.  We visited the downtown area and also the water front. 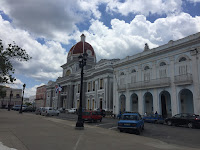 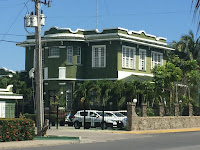 We then continued on to the small town of Trinidad,located slightly inland from the coast this an old historic town on the south side of Cuba.  Trinidad is a town in central Cuba, known for its colonial old town and cobblestone streets. Its neo-baroque main square, Plaza Mayor, is surrounded by grand colonial buildings. Museo Romántico, in the restored Palacio Brunet mansion, and Museo de Arquitectura Colonial display relics from the town’s sugar-producing era. Iglesia de la Santísima is a 19th-century cathedral with a vaulted ceiling and carved altars.

The accomodation was basic.  THe home we stayed in opened onto a cobbled street.  It was basic, but very clean and the owners were extremely nice, providing us with drinks, snacks, and breakfast the following morning.  We learned that many homes are now opening their own "business" as pensions.  And to me, this is the way to experience Cuba! 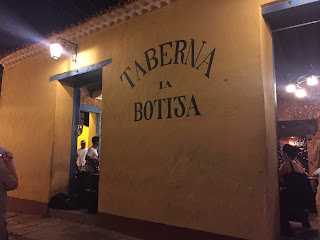 We learned that Trinidad never closes with many establishments open 24/7!  There were many quaint bars, most with music and dancing.  We ate a great dinner at Taberna Botisa.  This was probably the busiest restaurant we saw - and for good reason!  The food was top notch and the prices very cheap.  We thought we were in for a long wait. But our guide, Jonny of course knew the Owner and we were seated in minutes. 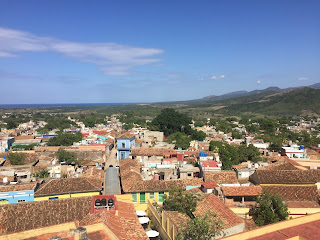 The next day we did more sightseeing and on the return trip to
Havana visited the Bay of Pigs and Zapata National Park - an eco-park with wild crocodiles...or "cocodrillos"...This became one of our favorite words!

By the time we got back to Havana, we were exhausted....but one funny thing..we asked our driver to take us for a traditional "Cuban Sandwich".  Well that was interesting.  From what we were told the cuban sandwich we know if a south Florida invention.  Cubans eat sandwiches when they are poor.....so, reluctantly we were taken for a Cuban sandwich.....to a gas station....and it was a slice of ham, cheese, on a bread roll.  Not something I would hold my breath for!....but it made for a good laugh!  Anyway - if you happen to be in Havana and need a great tour guide, please consider contacting Jonny or Adonis!  They were great! 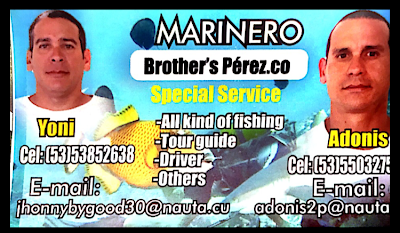