After suffering a dismasting, the crew of Midnight sun II were determined to make it to Cuba.  After our safe return to Pensacola with the damaged Midnight Sun II, we re-loaded on S/V TraSea and made our second attempt to head for Cuba, leaving PYC on Sunday afternoon.

Realizing that our USCG "Permit to Enter Cuban Waters" was issued to Midnight Sun II, we emailed our contact at USCG and talked to representatives in Key West and Pensacola.  But it was a Sunday, so of course nobody would give "permission", so we set off anyways recognizing that we had done everything reasonable to inform the authorities of our plans.

We headed out of the Pensacola pass, again seeing winds from the Southeast.  Although it did seem that the winds had subsided some and started to clock around a little.  We headed  southwest again, and later in the day tacked east.  The boat was performing great and the crew were in good spirits, despite acknowledging that we were a day and half behind schedule and would likely miss the arrival activities.  Nonetheless, we were Cuba-bound.

When we got to a point south of Cape San Blas, We saw a front pass through giving us higher winds and some rain for a short period.  Immediately following the the front, the wind direction changed significantly and we were able to do an almost 90 degree turn pointing us finally towards our destination.  This was good news indeed!  Although we were still beating upwind, we would make better progress towards our ultimate destination. This news also lifted the spirits of our crew.

Our spirits were further lifted when we received a message via DeLorme that were were now ahead of  two boats in the race.....what we are still in the race, still in contention?  Yes...I think we picked up a knot with the news!

Our race route required that we kept the Rebecca Shoals near Key West to port.  This was not a problem, as our track was taking us well west of this point.  In the night, we made a decision to go west of the Dry Tortugas.  As we were getting to this location, winds were picking up again and getting quite sporty as we were approaching the Straights of Florida and the Gulf Stream.  We navigated our path close by numerous buoys around the Tortugas.  Unfortunately is was dark, so we were unable to see land.  At this point, we were trying to slow the boat down by reducing sail as the wind and seas were building.

We entered the Straights pointing the boat almost due south even though we were well west of our mark and destination.  We did this knowing that the gulf-stream would carry us east as we crossed the Straights.  During our night watch, we located several large ships.  Without AIS we had to be extra vigilant and at one point adjusted course to pass behind a large container ship.

We arrived, tired but safe and sound in Marina Hemingway on November 5 at around 9 am.  We had finished the race.  We had finished ahead of at least 2 boats but we were not sure of the positions as adjustments to times had to be made.

We were greeted by Cuban authorities - military, border patrol, department of agriculture and even a doctor.  All were extremely courteous and friendly, welcoming us to their country.  Our crew was quickly and efficiently "cleared in" and issued visas.  We were in Cuba! 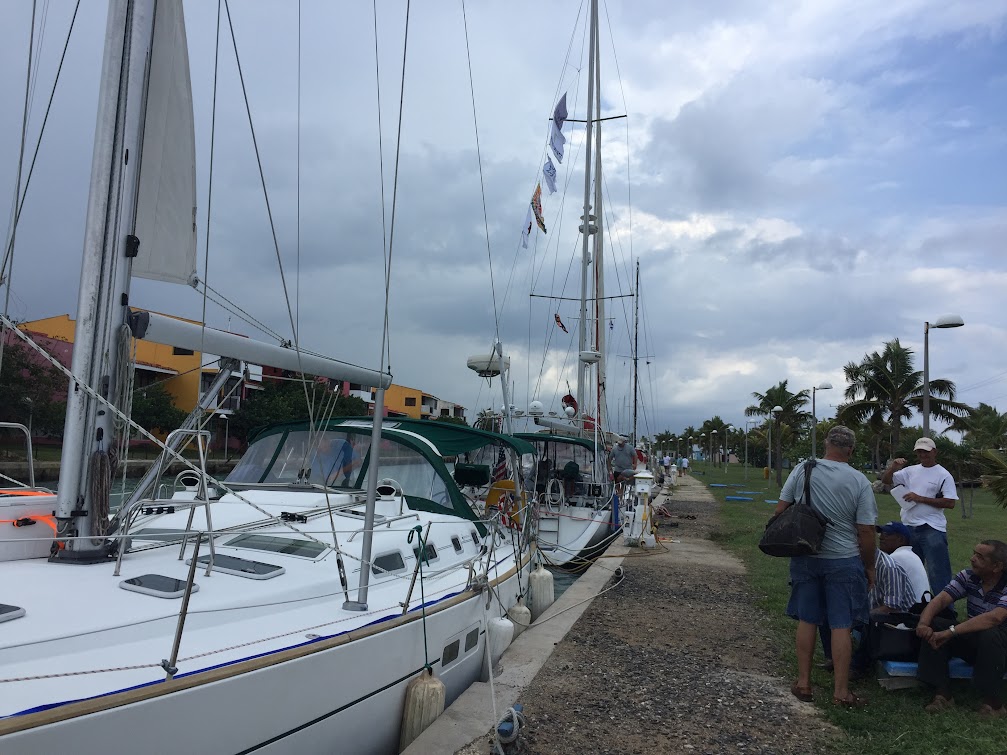 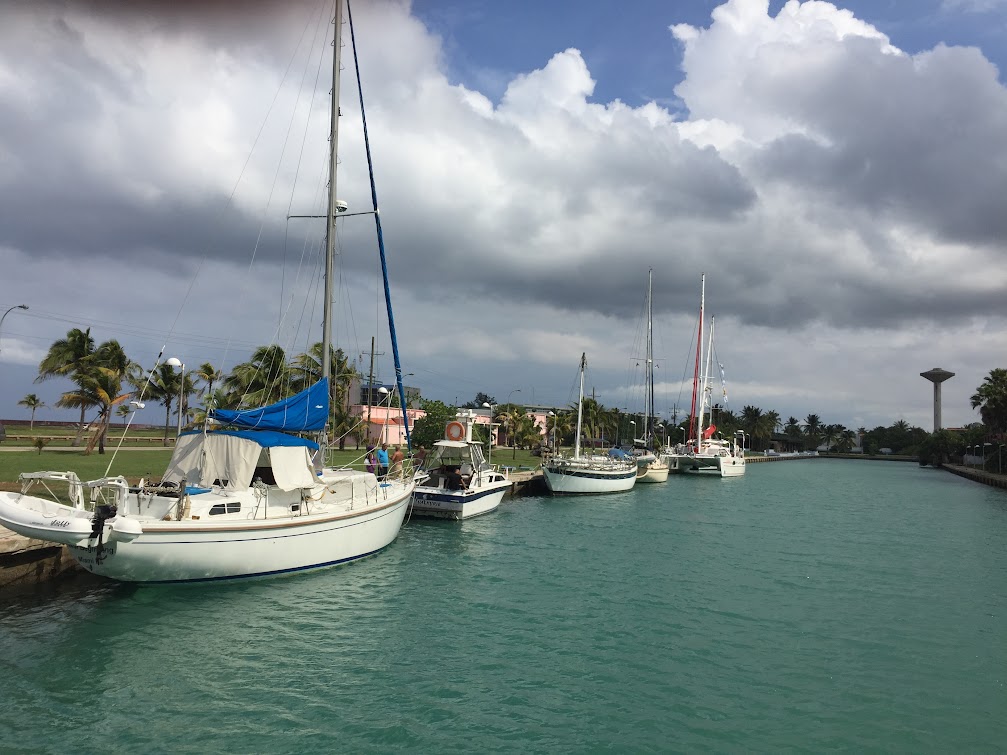