Off the Dock. On to Spain!

We left the dock in La Rochelle on Monday, Dec 10, 2018. And set out for Spain across the Bay of Biscay. Growing up in England, I knew the reputation of Biscay. We had watched the weather for days with winds of 20 +, but the local sailors were not deterred.   We waited, and finally a small window between lows presented itself. Our goal was to get to La Coruna, Spain, but this was not looking good.  So we decided to strike out for Gijon. 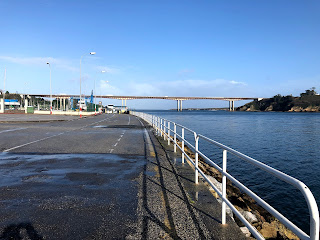 We left with little wind, but swells were every bit of 15-20 ft generated in the Atlantic from days of low pressure systems and high winds. We motored for 10 hours or so until winds filled in. Then we soon had 15-20 kt winds. This gave us speeds of 6.5 to 7.5 kts average, with a maximum surfing speed of 11.5 kts recorded. Wow,! This was nice. But alas, with the winds, the rollers got disorganized, and although less in height, became more like the Gulf if Mexico on a bad day.  Meaning 6-8 ft with no direction - just “lumps and holes” in the sea surface. This meant constant bashing on the boat - which just feels and sounds awful.

Nonetheless, our awesome crew made it through with no issues. While we had planned on Gijon as a stopping point before La Coruna, we were ahead of schedule, and arriving at midnight was not a good plan. We elected to continue on to Ria Ribadeo, and arrived at about 9am. As of writing this, we have been here abou 12 hours and love it. Friendly, great bar prices, and all bars we have visited have provided complimentary appetizers!  Just loving it here! 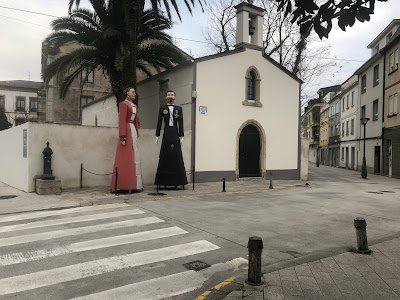